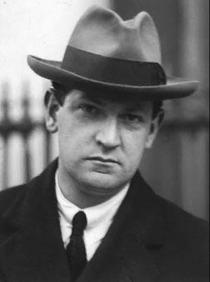 Irish nationalist and politician. Born Woodfield, County Cork. He moved to London with his sister, spending over nine years there. An activist in the Sinn Féin movement, he was imprisoned in 1916 for his part in the Easter rebellion. He was partly responsible for negotiating the treaty that created the Irish Free State in 1922. When his colleague Éamon de Valera insisted on a fully-independent republic, civil war broke out between the two factions. Collins became head of the provisional Free State Government, but only ten days later, was shot dead in a skirmish at Béal na mBláth in West County Cork.

This section lists the memorials where the subject on this page is commemorated:
Michael Collins

Barrister and one of the founders of Pakistan.

A plot to murder the Tory Prime Minister, Lord Liverpool, and the whole cabin...