Manuel Nunes Castello was born on 27 December 1879 in Sydenham, the eldest son and the second of the five children of Jacob Nunes Castello (1856-1905) and Alice Annie Castello née Benham (1857-1890). His father was a Member of the London Stock Exchange.

The 1881 census shows him living at 'Middlemarch', Sydenham Hill, Dulwich, with his parents, his sister Lizzie Castello, later known as Elizabeth Castello (1878-1962), a cook, a housemaid and a nurse. The 1891 census shows him living at 43 Compayne Gardens, Hampstead, with his maternal grandmother, Rachel Benham née Garcia (1829-1918), his sister Elizabeth, his brothers Leon Benham Castello (1881-1948), Simon Magnus Castello (1883-1958) and younger sister Rachel Castello (1885-1969), a housekeeper, a parlour maid, a cook, a lady's maid and a housemaid. His occupation was shown as an articled clerk - architect.

Post Office London Directories of both 1910 and 1915 list him as an architect at 34 and 35 Norfolk Street, Strand, London.

He is recorded on the 1911 census as an architect and surveyor residing at 29 Bramham Gardens, Earls Court, with his maternal grandmother, sister Elizabeth and brother Simon, a cook and a house parlour-maid.

On 6 August 1914, two days after Britain declared war on Germany, he enlisted in the 28th (County of London) Battalion, The London Regiment (Artists' Rifles), service number 1592, but was found to be suffering from chronic mastoid disease, (an ear infection), and was discharged as being medically unfit for service on 2 September 1914. His military records show that at the time of enlistment he was an Associate of the Royal Institute of British Architects (ARIBA).

Electoral registers of 1919 and 1920 show him and his sister Elizabeth registered at 1 Kensington Square Mansions, Young Street, Kensington.

City of London electoral registers for 1925 and 1926 show he was entitled to vote in local elections as he had property at 113 Coleman Street, Moorgate, but that his place of abode was at 26 Warwick Mansions, Cromwell Crescent, London, S.W.5.

In 1928 he was the architect of the Holland Park Synagogue in London and also in that year he married Dorothy Helena Sutro (1896-1936).  Electoral registers from 1929 show them living at 17 Grove End Road, St Johns Wood and the 1939 England and Wales Register confirms he was still at 17 Grove End Road, London, N.W.8 as a widower and an architect, with a cook, a parlour-maid and a housemaid.

Electoral registers from 1946 show that he was living at 13 Manson Place, South Kensington. He died, aged 76 years, on 4 January 1956 at University College Hospital, Grafton Way, London, WC1 and that when probate was granted on 27 April 1956 to Paul Douglas Niekirk, a solicitor, and Sir George Bull baronet, his effects totalled £73,288-10s-4d.

This section lists the memorials created by the subject on this page:
Manuel Nunes Castello 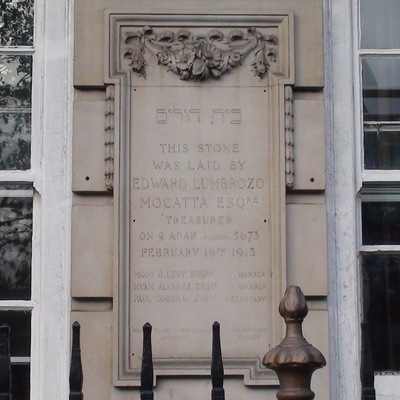 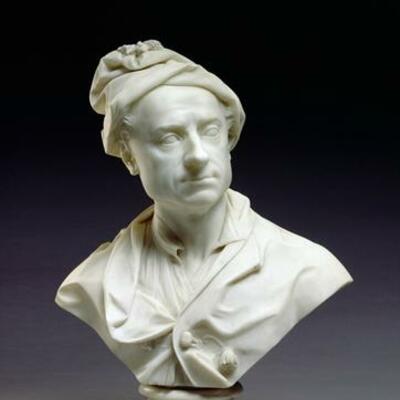 Architect. Baptized at St Giles Cripplegate. He was apprenticed to the Carpenters' Company in 1721 under Thomas Ripley, who secured posts for him at Windsor Castle and Greenwich. His most complete ... 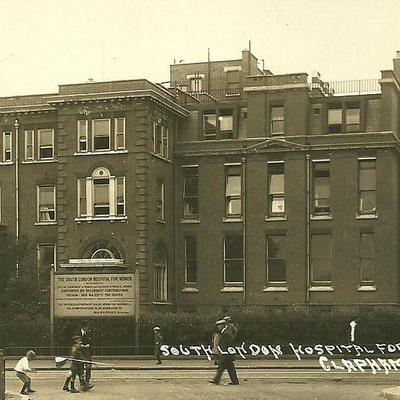 Hospital for women and children. Founded by surgeons Eleanor Davies-Colley and Maud Chadburn. Throughout its existence, it was staffed by women only. The original building was designed by Sir Edwin... 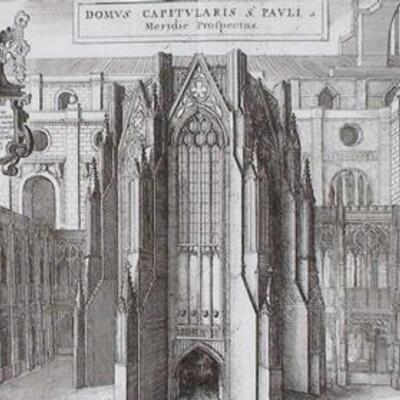 Secretary to the Executive Committee for the Great Exhibition 1851.Architect and writer on art. Born near Devizes, Wiltshire. Died Dimlands Castle, Glamorgan. 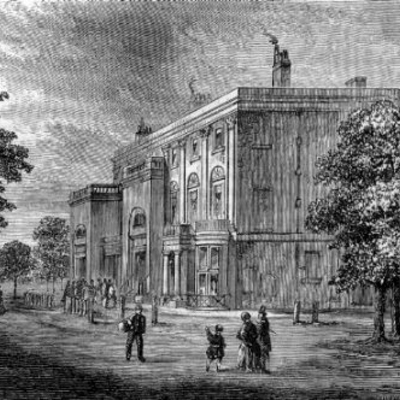 St John’s Wood was once part of the Great Forest of Middlesex. Until the end of the eighteenth century (when plans for residential development first appeared) it remained in agricultural use. By 17...