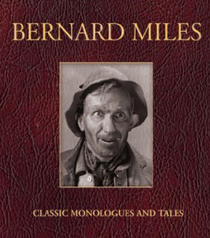 Actor and theatre manager. Born Bernard James Miles at 1 Poplar Terrace, New Road, Hillingdon. He started acting in the 1930s appearing in many of the patriotic films of World War II, and specialising in performing monologues in regional accents. In May 1959 he opened the Mermaid Theatre in Blackfriars, the first new theatre in the City of London for three hundred years. Here, he regularly played the part of Long John Silver in Treasure Island. Knighted in 1969 and created Baron Miles of Blackfriars in 1969. Died at the Thistle Hill Nursing Home, Knaresborough, Yorkshire.

This section lists the memorials where the subject on this page is commemorated:
Lord Miles

Actor and singer. Born Diana Mary Fluck in Swindon. She was promoted as the E...