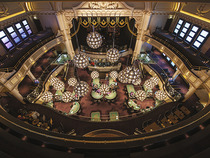 Fellow actor and friend of William Shakespeare and John Heminge. Heminge and...