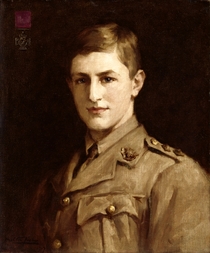 Soldier. Born Richard Basil Brandram Jones in Honor Oak, London. In May 1916, his battalion was at Broadmarsh Crater, near Vimy, France. They were attacked in overwhelming numbers, but Jones kept his men together, and shot no less than fifteen of the enemy as they advanced. When his ammunition was spent, he took a bomb, but was shot through the head while getting up to throw it. His body was never recovered, and he is one of the 35,000 British Commonwealth servicemen commemorated on the Arras Memorial who have no known grave. Posthumously awarded the Victoria Cross

This section lists the memorials where the subject on this page is commemorated:
Lieutenant Richard Jones