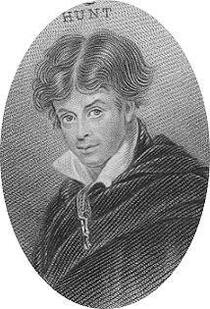 Poet. Born Southgate. Named 'James Henry Leigh Hunt' after the Duke of Chandos, James Henry Leigh, who was employing Hunt's father, a preacher, as tutor to his nephew at the time of Hunt's birth. Friend of Byron, Keats and Shelley. Dickens took Hunt as the model for Harold Skimpole in 'Bleak House'.

Died at the home of his friend Charles Reynell in Putney High Street, where he had gone for a change of air.

This section lists the memorials where the subject on this page is commemorated:
Leigh Hunt

This plaque is in the same style as one for Marcus Garvey, both located in th...