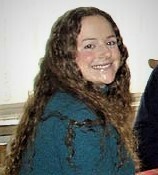 Laura Susan Webb was born on 12 October 1975 in Kingston-upon-Thames, Surrey, the youngest of the three children of George C. R. Webb and Hazel M. Webb née Broadbent. Her elder brothers were Robert George Webb (b.1966) and David Frank Webb (b.1967). She was living with her boyfriend, Chris Driver, in Islington and was a personal assistant in the advertising agency, DDB Europe Limited. Her obituary can be found on the BBC News website.

She died, aged 29 years, on 7 July 2005 in the underground tunnel of the Circle Line on the London Underground Railway between Edgware Road and Paddington underground stations that was targeted by a suicide bomber. The narrative verdict of her death can be found on the Coroner's Inquest Report.

This section lists the memorials where the subject on this page is commemorated:
Laura Susan Webb

Albert Woodfox is an American known as one of the Angola Three (Robert King, ...

Lee Patrick Baisden was born on 23 September 1970, the son of Patrick John Ba...