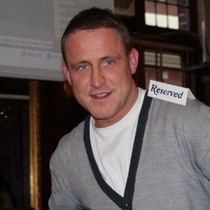 A family squabble developed into a fight in which Paul Hamilton, 30, of nearby Woodstock Terrace fatally stabbed his cousin, Liam Hamilton, in the back with a large kitchen knife, near the site of the plaque.

Liam was described as 32, self-employed painter and decorator.

This section lists the memorials where the subject on this page is commemorated:
Liam Hamilton

Railway arches were used as air raid shelters in WW2, as they were relatively...

Victims of sexual violence and their children

Victims of sexual violence and their children in conflict around the world an...

Benedetta Ciattia was born on 15 December 1974 in Italy and came to the UK in...