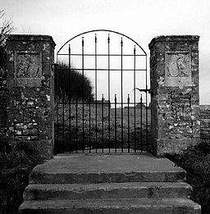 2015: IanVisits has a post with lots of photos of the newly refurbished E1 garden which is apparently the smallest King George's Field. There you will also find a useful list of the 22 KGF's in London, of which we have found and published 9. Many of the others are in the outer London areas.

An information board near to the Fawcett house plaque gives: "Vauxhall Park w...

Our colleague Andew Behan writes: A little research on this man shows that he...