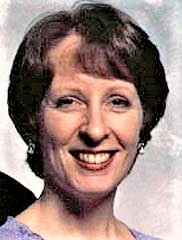 She became a classically trained pianist, and an accompanist for the Philbeach Society, an amateur operetta group in London. In 1988 the ensemble staged a joint production with the Village Light Opera Group in Manhattan, New York, USA. Charles G. Wolf, was a member of the Village Light Opera Group and they married on 1 September 1989 in Swansea. The marriage was later blessed on 13 October 1990 in the Cathedral Church of Saint John the Divine in New York.

She worked for years at Schroders, a British asset management company in Midtown, New York, but on 27 August 2001 she changed jobs when she became an executive assistant to the president of Marsh & McLennan's e-commerce division on the 97th Floor of the North Tower, 1 World Trade Centre, Manhattan, New York, USA.

This section lists the memorials where the subject on this page is commemorated:
Katherine Wolf