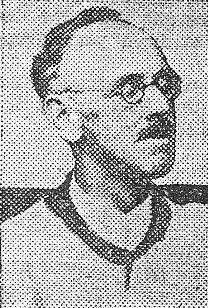 Other work in London includes: the Mother and Child in Bishop's Park, Hammersmith; relief work on the Sadler's Wells Theatre, Islington; and the Britannia that looks down on Piccadilly Circus from what was the New County Fire Offices (between Regent Street and Piccadilly). Also: the Robbie Burns Mausoleum in Dumfries.

Our Picture Source and his Wikipedia page give much information about this man. Our colleague, Andrew Behan, states that he was born on 5 March 1886 in Shipley, West Yorkshire, the second of the three children of Silas Cawthra (1856-1932) and Ellen Cawthra née Lambert (1857-1919). His birth was registered in the 2nd quarter of 1886 in the Bradford registration district, West Yorkshire.

The 1891 census shows him living at Hammond Dale House, Eldwick, Bingley, West Yorkshire, with his parents and elder sister, Daisy Cawthra (1884-1968). His father was described as a wool warehouseman. In the 1901 census he is shown as a wood carver's apprentice, living at Sheariff House, Gilstead portion of Eldwick, Bingley, with his parents and his two siblings: Daisy and Charles Clement Lambert Cawthra (1892-1975).

On 4 August 1914 he married Lilian Heaton (1887-1966) at the Primitive Methodist Chapel, Saltaire Road, Shipley, West Yorkshire, where in the marriage register he is described as a sculptor residing at 8 Anhalt Road, Battersea and his wife is listed as a spinster of 3 Belmont Terrace, Shipley. Their daughter, Doreen Cawtha (1918-1999) was born in Wandsworth.

Electoral registers from 1918 to 1920 list him and his wife at 6 Cupar Road, London, SW11 and from 1923 to 1933 at 38 Albert Palace Mansions, Lurline Gardens, London, SW11. In the 1939 England and Wales Register he is described as a sculptor & teacher of art, living at 55 Hotham Road, Wandsworth, with his wife and daughter who was shown as a student. Telephone directories list him at this address until 1955. Electoral registers and telephone directories show him at 45 Dryburgh Road, Putney, from 1957 to 1967.

Probate records confirm that his address had been 65 York Avenue, London, SW14 and that he died, aged 85 years, on 1 September 1971. His death was registered in Bradford, West Yorkshire and when probate was granted on 19 October 1971 his effects totalled £3,937.

This section lists the memorials created by the subject on this page:
Joseph Hermon Cawthra