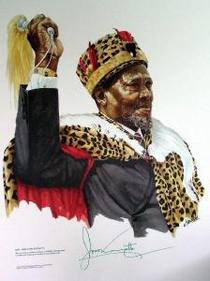 Prime Minister and President of Kenya. Born as Kamau wa Muigai, in the village of Gatundu, British East Africa (now Kenya). His birth year is approximate. He joined the Kikuyu Central Association and visited Britain to lobby the government about tribal land affairs. In 1947 he became president of the Kenya African Union, which was banned when the anti-colonial Mau Mau rebellion began. He was arrested in 1952 and imprisoned. Eventually as prime minister, he oversaw the independence of Kenya in 1963. Died at Mombasa.

This section lists the memorials where the subject on this page is commemorated:
Jomo Kenyatta