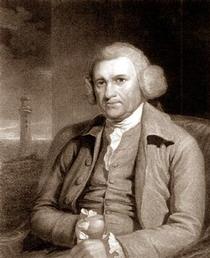 Civil engineer. Born and died at Austhorpe Lodge, Whitkirk, near Leeds. In 1748 he moved to London initially at Great Turnstile and set up in business first as a scientist and maker of instruments but he soon got involved in engineering projects.

Considered by some the "father of civil engineering". Designed bridges, canals, harbours and lighthouses. His most famous work being the third Eddystone Lighthouse, which became the model for all other lighthouses, and appeared on the tail of the old penny, behind Britannia.

This section lists the memorials where the subject on this page is commemorated:
John Smeaton

The first tunnel in the world under a navigable river. Built between 1825 and...

Senior 5th Engineer on the RMS Titanic. A full résumé of his life can be foun...