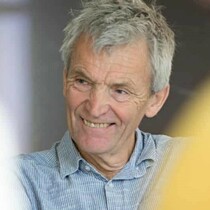 He was a partner for 28 years at the architectural and planning practice Cullinan Studio. The Guardian obituary details his work and career.

This section lists the memorials where the subject on this page is commemorated:
John Romer

In our photo you can see, at first floor level, a row of wall tie plates.  Th...

Officially, The Collegiate Church of St Peter at Westminster. According to tr...