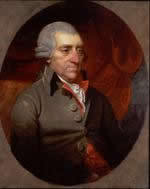 Administrator of the Putney Pest House Charity, 1862.  Listed as "The Hon. an...

Connected with the Chelsea Temperance Society for 21 years.  He was actively ...

Born Lyme Regis, Dorset, where there is now a commemorative tower. Pioneer i...