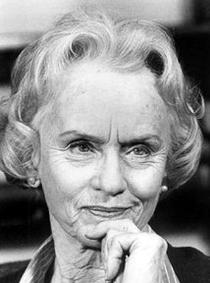 Actor. Born Jessie Alice Tandy in Upper Clapton. She appeared in over 100 stage productions and more than 60 roles in film and TV. In 1940, on the break-up of her marriage to actor Jack Hawkins, she moved to America, where she met her second husband Hume Cronyn, and appeared with him in several films. In 1989, she won the best actress Academy Award for her role in 'Driving Miss Daisy' Died in Easton, Connecticut.

This section lists the memorials where the subject on this page is commemorated:
Jessica Tandy