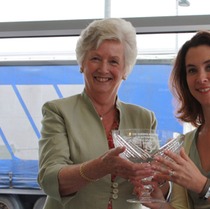 Warden of Girdlers Hall in 1960