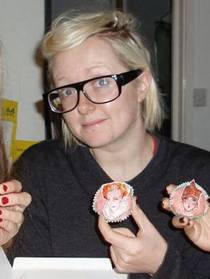 Illustrator and designer, aged 25, killed cycling on Oxford Street when run over by a bus. The driver, Carlton Lewars, was charged with dangerous driving but was, as so often happens, acquitted.  He claimed that an attack of sciatica caused him to use the wrong pedal.  His employer, Metroline, and his doctor both knew he suffered from this condition but no one, it seems, is responsible for Jayne’s death.

This section lists the memorials where the subject on this page is commemorated:
Jayne Helliwell