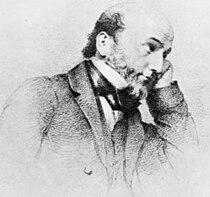 Pioneer of anaesthesia and dentistry. Our picture source gives much information about his life and the circumstances of his death.

He was born on 22 November 1813 in Southampton, Hampshire. On 12 October 1837 he married Ann Elizabeth Webster (1816-1872) at St Andrew's Church, Holborn, where the marriage register shows for some unknown reason his name as James Robinson Gardiner, a dentist of 3 Store Street, Bedford Square, Holborn, the son of Charles Robinson, a Captain in the Royal Navy. His wife was shown as living 14 Ely Place, Holborn, and the daughter of Ridley Manning Webster (1771-1840), an accountant.

On 13 July 1849 he was appointed as surgeon dentist to H.R.H. Prince Albert. The 1861 census shows him as a surgeon dentist living at 5 Gower Street, Finsbury, London, with his wife together with a cook and two female house servants.

He died, aged 48 years, on 4 March 1862 in Kenton, Middlesex and was buried at Highgate Cemetery West, Swain's Lane, London, N6 6PJ. Probate records confirm his address remained as 5 Gower Street and that his will was proved on 7 April 1862 by the oaths of his widow, his brother-in-law Ridley Manning Webster of 1 River Walk Terrace, Islington and a George Frederick Hodgkinson of Waddon, Croydon, Surrey who were his executors, His effects were valued at under £8,000.

This section lists the memorials where the subject on this page is commemorated:
James Robinson