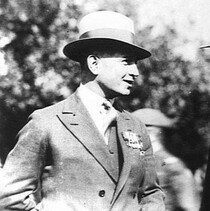 Born Ishroulch Shmeilowitz (other spellings are available), to parents residing in Egypt, Smith travelled to Britain as a child stowaway, grew up in Manchester and first volunteered to serve in the British Army in 1904. He emigrated to Australia after discharge, where he remained until mobilised as a reservist in 1914. As a corporal in the 1st Battalion, The Manchester Regiment, Smith was engaged in the Second Battle of Ypres. On 26 April 1915, Smith, on his own initiative, recovered wounded soldiers while exposed to sustained fire and attended to them "with the greatest devotion to duty regardless of personal risk". His conduct secured a recommendation for the Victoria Cross, which was awarded to Smith in August 1915.

Emigrated to Australia in 1925 with his wife and daughter. He became a prominent figure in Melbourne's Jewish community, was appointed a Justice of the Peace, and unsuccessfully stood as a candidate for the United Australia Party in the 1931 general election.

This section lists the memorials where the subject on this page is commemorated:
Issy Smith VC

This section lists the memorials created by the subject on this page:
Issy Smith VC