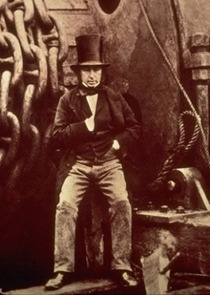 March 2022: Vic Keegan’s Lost London 222: Brunel In Duke Street reported on the house where Brunel lived and worked for many years and where he died: 18 (plus, from 1848, 17) Duke Street. This has now been built over by The Treasury but these two houses were at the south-east corner of what is now the junction of King Charles Street and Horse Guards Road.

Borough Engineer and Surveyor in the Borough of Hammersmith in 1948. Our col...