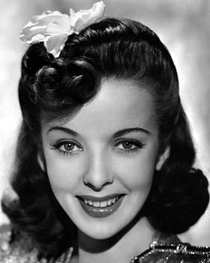 Actor and film and television director. Born at 33 Ardbeg Road, Camberwell, She was the daughter of Stanley Lupino and the niece of Lupino Lane. She made her first film appearance at the age of fourteen. Went to Hollywood in 1934 and went on to appear in over a dozen films, earning her the soubriquet of "The English Jean Harlow". She moved on to directing (the only woman at that time in Hollywood to do so) for the cinema and eventually for television. In her later years, she became reclusive and died at her home in Los Angeles.

This section lists the memorials where the subject on this page is commemorated:
Ida Lupino

Actor. Born Daniel Patrick Macnee in Paddington. He served in the Royal Navy ...