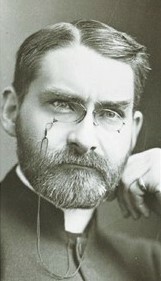 From West London Mission history page: "The West London Mission (WLM) was established in 1887 as part of a new initiative within Methodism – the mission movement, which combined evangelism with radical social action. The driving force behind WLM was the Rev. Hugh Price Hughes, an energetic proponent of ‘Social Christianity’, the title of one of his books.  The opening service was held in October 1887 in St James’ Hall, Piccadilly and regularly over 2,000 would come to services each Sunday. At that time the West End was rife with poverty and vice alongside great wealth and riches. WLM developed a wide range of ‘social rescue’ alongside their religious activities. Early work included ministering to the sick, a dispensary, a crèche, children’s clubs, a soup kitchen, a ‘poor man’s lawyer’ and a hospice. Specialist medical and other staff was used, and the Superintendent’s wife Katherine Price Hughes led a group known as the ‘Sisters of the People’. Thousands of poorer people were touched by WLM’s activities. .... Later in 1912, WLM opened Kingsway Hall as its headquarters. The famous open-air preacher Donald Soper was Superintendent for 42 years from 1936 to 1978 .... After the Second World War initiatives were developed over a wider area beyond the West End. Hostels and homes were run for unmarried mothers and their babies, ex-offenders, those on bail, elderly people and recovering alcoholics, all pioneering projects in advance of general public provision. ...."

He also founded and edited an influential newspaper, the Methodist Times in 1885.

This section lists the memorials where the subject on this page is commemorated:
Hugh Price Hughes

Lambe's Chapel and crypt / St James in the Wall

In 1543, after the dissolution of the monasteries, the hermitage Chapel of St...

From the building society that funded the Rochester Square Spiritualist Templ...