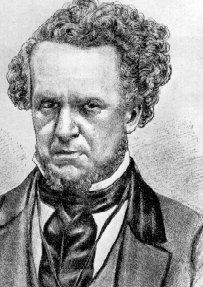 British World Chess Champion. Promoted the use of standardised chess pieces, the ones still in use today. Saw the international nature of the 1851 Great Exhibition as an opportunity and organised the first international chess tournament to coincide. At BillWall we lean that this took place at St. George’s Chess Club, Polytechnic Building, Cavendish Square, which we think must be 5 Cavendish Square, the building acquired by the Regent Street Polytechnic in about 1838. Someone needs to erect a plaque there.

No details of his early life are known for certain though it is thought he received little education. He came to London in 1836 and claimed that it was only then that he took an interest in chess.

In later life wrote extensively on Shakespeare. Died at home in Lansdowne Road, at his desk.

This section lists the memorials where the subject on this page is commemorated:
Howard Staunton

A boxing prize introduced by Hugh Lowther, 5th Earl of Lonsdale, to be awarde...