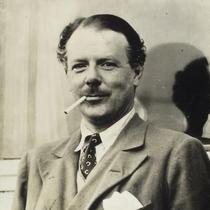 Diplomat and politician. Born as Harold George Nicolson at the British legation, Tehran in what was then Persia. Joined the diplomatic service in 1909 and served in various posts. Entered parliament in 1935. He wrote the 'Londoner's diary' for the London Evening Standard. In 1913 he married Vita Sackville-West and practised an 'open marriage' with both of them having same-sex affairs. The couple purchased Sissinghurst Castle, near Cranbrook, Kent, where they created the now famous gardens and where he died.

This section lists the memorials where the subject on this page is commemorated:
Harold Nicolson

Laid out and the plane trees planted following private Acts of Parliament of ...