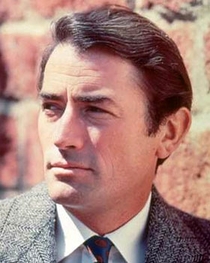 Actor. Born Eldred Gregory Peck in San Diego, California. He appeared in many major films including 'Moby Dick', 'The Guns of Navarone', 'The Omen' and 'The Boys From Brazil'. Nominated five times for the best actor Academy Award, he eventually won the Oscar for what is probably his greatest role as Atticus Finch in 'To Kill a Mockingbird'.

This section lists the memorials where the subject on this page is commemorated:
Gregory Peck

English actor. Born into a theatrical family, she began acting as a child. Sh...