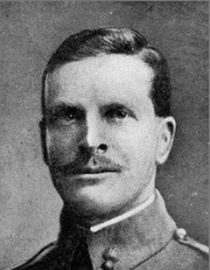 On 17 February 1906 he married Elizabeth Grace Lethbridge in London and their daughter Barbara Mary Elizabeth Chetwynd Stapylton was born on 25 January 1907 in Cheriton, Kent. He served for a time in the Royal Horse Artillery, but Army Lists for 1907 show that he was the Captain of the 76th Battery, Royal Field Artillery in Bloemfontein, South Africa. Their elder son, Granville Richard Chetwynd Stapylton was born on 30 August 1909 in Gosforth, Newcastle upon Tyne, Northumberland and the 1911 census shows the family living at Court House, Lower Woodford, Salisbury, Wiltshire, with six servants comprising of a nurse, a cook, a parlour maid, a nursery maid and two Drivers from the Royal Field Artillery. There younger son, Christopher George Chetwynd Stapylton was born on 31 January 1913 and baptised on 6 March 1913 at Lower Woodford.

Whilst attached to 130th Battery, 30th Brigade, Royal Field Artillery, he was killed in action, aged 42 years, on 25 August 1914 at Solesmes, France and is buried in Plot X, Row B, Grave 4, at the Romeries Communal Cemetery Extension, Rue De Solesme, Romeries, Nord, France.Probate was granted to his widow on 11 November 1914 and his effects totalled £4,055-5s-6d. His widow was subsequently sent his army effects totalling £60 on 2 December 1914 and the end of the war she received a War Gratuity of £60 on 9 September 1919. He was posthumously awarded the 1914 Star and Clasp, the British War Medal 1914-1918 and the Victory Medal. He is also commemorated on the war memorial in All Saints Church, Middle Woodford, Salisbury.

Andrew adds that this man's father, with a very similar name, Lieutenant General Granville George Chetwynd Stapylton, also died during WW1 but from old age - he was 92. These two Chetwynd Stapyltons are related to Henry Chetwynd Stapylton but quite distantly. The St Peters memorial gives their names as 'Chetwynd-Stapylton' but none of them utilised a hyphen, treating Stapylton as their surname. Our picture source website has some more information.

This section lists the memorials where the subject on this page is commemorated:
Granville Chetwynd Stapylton

The Biblical quotation at the end of the inscription is from 1 John 3:16. Th...