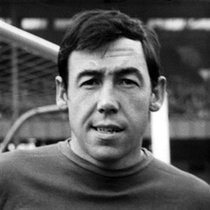 Goalkeeper. Born in Sheffield. He played principally for Leicester City and Stoke City. A member of the winning England team in the 1966 World Cup.

In the 1970 Queen's Birthday Honours List he was awarded an OBE for services to Association Football.

He lost an eye in a car crash in 1972 which terminated his professional career.

In December 2015 it was revealed that he was undergoing treatment for kidney cancer. He died in his sleep, aged 81 years, on 12 February 2019 in Stoke-on-Trent, Staffordshire.

This section lists the memorials where the subject on this page is commemorated:
Gordon Banks

Multiple stage bicycle race, which has been held annually (apart from the wor...

It was the 11th Women's Cricket World Cup, held four-yearly, (the third to be...