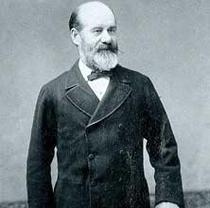 Tea merchant, benefactor and politician. Born Frederick John Horniman at Bridgwater, Somerset. He inherited his father's tea business, which by 1891 was described as the biggest tea firm in the world. He embarked on a three month trip to India and Ceylon, collecting items that were to form the basis of the future museum. He entered parliament in 1895, and immeditely set off on a world tour. Died at his home, Falmouth House, 20 Hyde Park Terrace.

2020: During the Black Lives Matter protests the Chief Executive of the museum was quoted: "... as far as we know ... our founder Frederick Horniman did not own slaves or plantations – in fact he was born two years after the Slavery Abolition Act of 1833. We do, however, acknowledge the fact that the family wealth that enabled his collection and the creation of the museum was derived from the tea trade, which was reliant on the exploitation of people living in the British Empire."

This section lists the memorials where the subject on this page is commemorated:
Frederick Horniman

Greater London Council The Horniman Museum and gardens were given to the peop...