Our colleague Andrew Behan has researched this man: Francis Knibbs was born in 1875 in Bermondsey, Southwark, the only child of Francis Edward Knibbs and Amelia Knibbs, née Potts. His father was a Publican. The 1881 census shows them living at 146 Armagh Road, Bow, but by the time of the 1891 census the family were residing at 103 Tredegar Road, Bow and his occupation was given as a Stationer's Assistant. On 13 December 1900 he was initiated into Freemasonry in the Coborn Lodge, No.1801 and his occupation was recorded as Vestry Clerk. By the time of the 1901 census his father had died and he and his widowed mother were still living at 103 Tredegar Road, Bow and his occupation was shown as Assistant Borough Council Clerk. The 1911 census confirms that he and his mother were still at 103 Tredegar Road, Bow and his occupation was Accountant, Borough Council. In the summer of 1919 he married Maud Adelaide Mead in Romford, Essex, but he died the following year aged 45 years. Probate Records show that their normal address was 35 Hampton Road, Forest Gate, Essex, but that he died on 19 December 1920 at 29 Spencer Road, Bournemouth, Hampshire. (Dorset since 1974 following local government reorganisation). Administration was granted to his widow and his estate totalled £3,693-11s-10d.

He married aged 44 and then died the following year - an unusual story which one feels must have more to it. Andrew points out that, January 1918 and December 1920, apart from the war the main cause of death was the pandemic Spanish flu.

This section lists the memorials created by the subject on this page:
Francis Knibbs 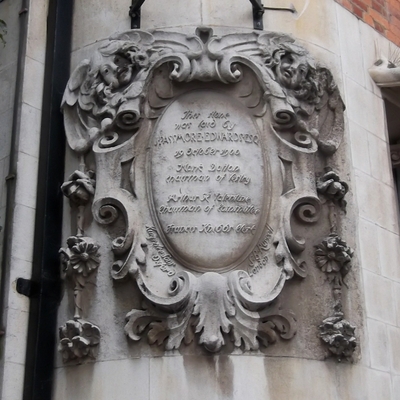 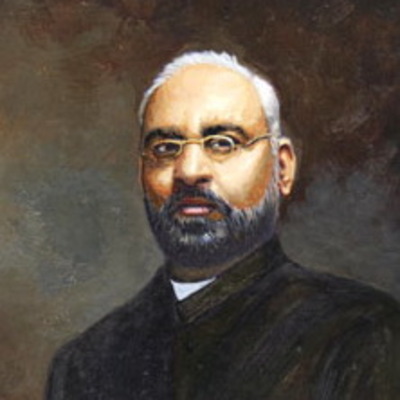 Born Gujarat, India. Revolutionary, lawyer, journalist. In 1877 he received the title of 'pandit', a Sanskrit scholar, and came to Oxford for a few years. Returned to India, studied law and develop...

Churchwarden of St Marys Rotherhithe in 1886.

Church warden in the Aldwych area in 1807.