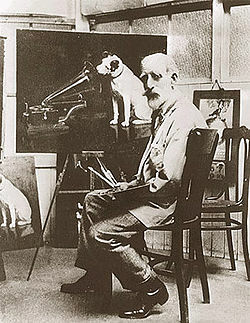 Painter. Born London. Son of Henry, also an artist, and brother to Mark, a theatre scenery painter, whose dog he (possibly with another brother, Philip) looked after following Mark's death in 1887. From Wikipedia "According to contemporary Gramophone Company publicity material" he also inherited a cylinder phonograph and recordings of Mark's voice. He noticed that the animal, Nipper, looked appealingly puzzled when these were played and, 3 years after Nipper died, Barraud created the painting, and offered it to the manufacturer of the machine, Edison-Bell. They rejected it ("dogs don't listen to phonographs"). But the London-based Gramophone Company agreed to buy the painting if Barraud changed it to show their disc-playing phonograph.

This was done and the image went on to become an early celebrated trademark, used by a number of related record labels: Victor, RCA, EMI. Seems the title "His Master's Voice" came from a picture-naming competition.

We find the story about recordings of Mark's voice too cute - the dog listening to normal commercial recordings is more believable. We've also heard that some (overly sentimental) people see the polished surface on which Nipper sits as his master's coffin.

In the photo Barraud looks truly sick of the painting. Like an ageing pop singer being asked to sing his only hit, yet again. Buried in Hampstead Cemetery.

This section lists the memorials where the subject on this page is commemorated:
Francis Barraud 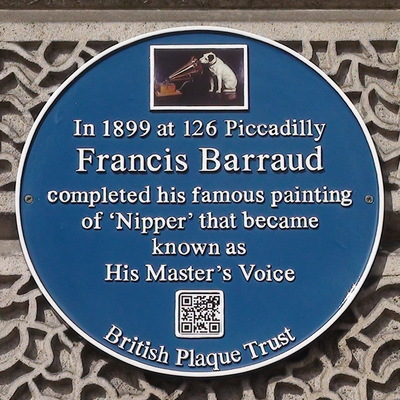 Engraver, painter and publisher of illustrated books, and property developer in Bayswater. Born Manchester. c.1800-24 he published and sold many books of aquatints and etchings, in his own shops in... 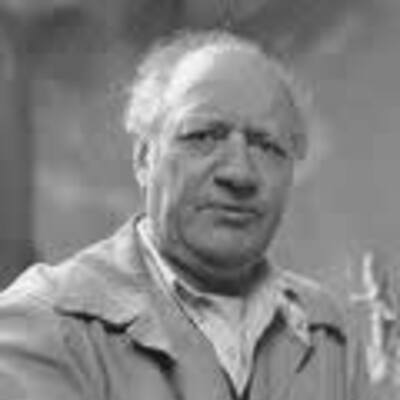 Sculptor and painter, renowned for producing controversial works of art that challenged the taboos of his time. Born New York City and arrived in London, via Paris, in 1905. 1909 - 1914 had a studi... 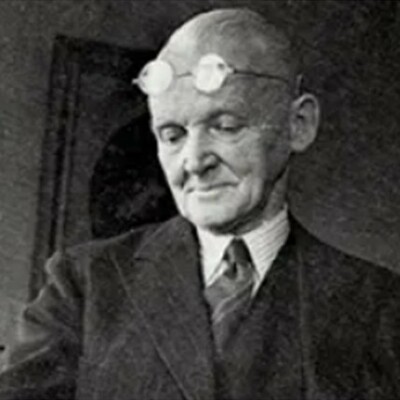 Cartoonist. Born Donald Fraser Gould McGill in (depending on source), 46 Park Street, Regent's Park or Blackheath. He started work as a naval draughtsman, but began illustrating postcards when a re... 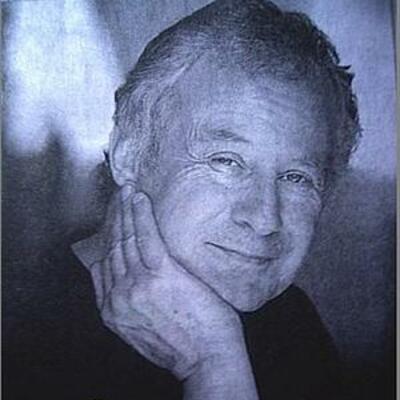 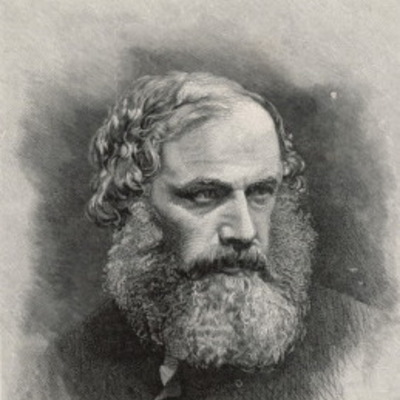