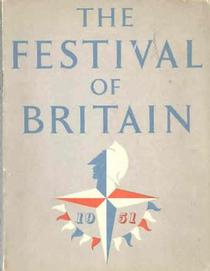 'A tonic for the Nation', The Festival was intended to cheer us all up after WW2, and incidentally to celebrate the centenary of the 1851 Great Exhibition. The symbol for the Festival was designed by Abram Games.