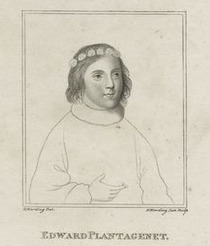 His father, George Duke of Clarence, was executed for treason by being drowned in a vat of Malmsey wine, if we believe Shakespeare. Edward was a potential claimant to the English throne and so imprisoned in the Tower of London from aged 10, despite probably being mentally retarded. Eventually he was tried for treason and beheaded on Tower Hill. He was the last Plantagenet.

This section lists the memorials where the subject on this page is commemorated:
Edward Plantagenet, Earl of Warwick

Monk at London Charterhouse. Nephew of the Richard Beere who was Abbot of Gla...

18 Carthusians were executed for refusing to accept Henry VIII as the head of...