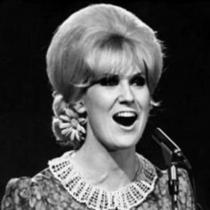 Singer. Born Mary Isabel Catherine Bernadette O'Brien in Hampstead. In 1956 she joined an all-girl trio called the Lana Sisters and in 1960 formed the Springfields group with her brother Tom. She went solo in 1963, having many hits in both Britain and America. Her career flagged in the late 1970s, but revived in the 1980s when she teamed up with the Pet Shop Boys. She was appointed O.B.E. in 1999 which was presented to her in a special ceremony at the Royal Marsden Hospital where she was suffering from terminal cancer. Died at her home in Henley-on-Thames.

This section lists the memorials where the subject on this page is commemorated:
Dusty Springfield