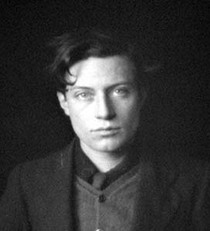 Painter and designer. Born Scotland but brought up in India, Burma and Rugby School. Cousin and for a time lover of Lyton Strachey, through whom he met and joined the Bloomsbury Group. He also had relationships with Adrian Stephen, John Maynard Keynes, David Garnett and Vanessa Bell with whom he lived for 40 years.

Co-managed and worked for the Omega Workshop.

In her biography, 'Deceived with Kindness, a Bloomsbury Childhood', his daughter, Angelica Garnett, describes Grant's death. He fell ill in Paris so his friend/lover Paul Roche brought him back to his, Paul's, home in Aldermaston, where he often stayed. Here he died about a fortnight later.

This section lists the memorials where the subject on this page is commemorated:
Duncan Grant

A non-profit contemporary art gallery. It focuses on a programme of commissio...

Painter. Born in Pöchlarn, Austria. He studied in Vienna and worked in Berlin...