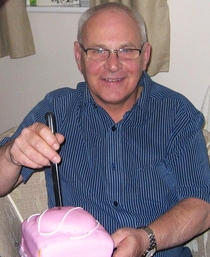 He married Elizabeth J. Levy and their marriage was registered in the 1st quarter of 1974 in the Bromley registration district. They had two daughters, Tracy Clare Collett (b.1978) and Gemma Louise Collett (b.1981).

A former limousine car driver he died, aged 62 years, on 9 November 2016, a victim of the Croydon Tram Derailment.

This section lists the memorials where the subject on this page is commemorated:
Donald Collett

Laura Susan Webb was born on 12 October 1975 in Kingston-upon-Thames, Surrey,...