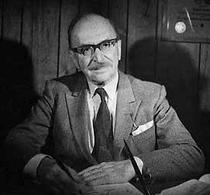 Electronics engineer and humanist. Born as Dénes Gábor, in Budapest, Hungary. He worked in Germany for several years, but moved to England when Adolf Hitler came to power. he invented holography in 1947, but this did not flourish until the development of lasers in the 1960s. Died at a nursing home at 7 Knaresborough Place, Kensington.

This section lists the memorials where the subject on this page is commemorated:
Dennis Gabor

Built to control the water level in the former Surrey Docks.

Contractor responsible for the construction of the Northern Outfall Sewer in ...

Junior Assistant 3rd Engineer on the RMS Titanic. A résumé of his life can be...