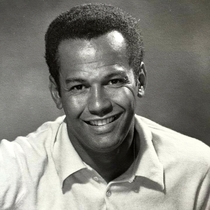 Actor, musician, writer and poet. Born Cyril Ewart Lionel Grant in Beterverwagting, British Guiana (modern day Guyana). He served in the Royal Air Force during WW2, and in Britain, he qualified as a barrister, but was unable to find work. He was the first black person to appear regularly on British television, and achieved fame in the television programme 'Tonight' where he sang news items in a calypso style.

He went on to perform in the theatre, and was the voice of Lieutenant Green in 'Captain Scarlett and the Mysterons' on television. In 1974 he set up the Drum Arts Centre to provide opportunities for black artistic talent. In a posthumous ceremony at the House of Lords, he was honoured as an 'inspirational example' of how black and white servicemen and women fought alongside one another in both world wars.

This section lists the memorials where the subject on this page is commemorated:
Cy Grant

Part of the force commanded by Havelock. Cavalry.