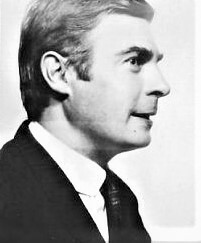 In the 1939 England and Wales Register he was shown as a schoolboy, who together with his brother Frederick, was residing at the home of Albert H. and Maggie G. Hewerdine at 158 Station Road, March, Cambridgeshire, whilst his parents remained in London at 189 Tower Gardens Road, Tottenham.

He was medical practitioner and was elected as a City of Westminster councillor in 1974 (see his London Wiki page for details of his career) and served as the Lord Mayor of Westminster in 1990-1991. He was a director of two companies, giving his correspondence address as Flat C, 7 Rupert Street, London, W1V 7FP.

This section lists the memorials created by the subject on this page:
Councillor David Avery