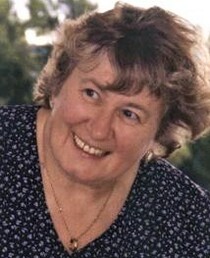 She was the sister of Michael Egan who also died in the attack.

Christine Egan was born on 20 June 1946 and raised in Hull, England. She was the daughter of Joseph L. Egan and Edith Egan née Petch. After graduating from the Hull School of Nursing in 1967 she moved to Canada in 1969 where she began her career as a medical professional and educator. Egan worked as a nurse serving the indigenous population in remote northern Canada, even travelling via small planes to towns inaccessible by road. She built strong ties in the communities where she worked, including Coral Harbour and Rankin Inlet in the Kivalliq region of Nunavut, Canada.

She died, aged 55 years, on 11 September 2001. She was visiting her brother in Lincroft, Middletown, New Jersey, USA and planned to stay with his two sons, Johnathan and Matthew, while he and his wife, Anna, celebrated their 20th wedding anniversary with a trip to Bermuda. That morning, she accompanied her brother to his office at Aon Corporation on the 105th floor of the South Tower, 2 World Trade Centre, Manhattan, New York, USA.

In honour of her contributions to the Nunavut Territory of Canada, family and friends created the Dr Christine Egan Memorial Scholarship, that is awarded annually to a nursing student at the University of Manitoba with ties to Nunavut.

Her sister-in-law, Anna Egan, provided two memorial stones in memory of the couple. These were originally located in Queens Gardens, Hull but are now outside the History Centre, Worship Street, Hull.

This section lists the memorials where the subject on this page is commemorated:
Christine Egan

Called to attend a fire in a restaurant in the King’s Road, Chelsea, he enter...