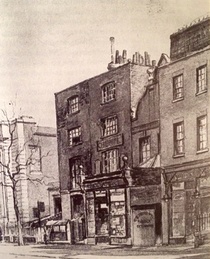 Author and pioneer of science fiction. Born near Birmingham as Jane Webb. Wr...