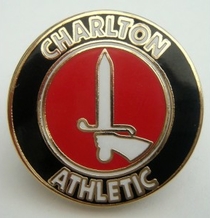 The club was founded from the combination of a number of youth clubs in south-east London. Their nickname is the 'Addicks' which is supposedly derived from 'haddocks'. One of the explanations of the name, is that a local fishmonger, who helped to finance the club, would treat the players to a meal after their matches. If they lost, they would dine on the less popular cod, but a victory would secure a haddock supper.

This section lists the memorials where the subject on this page is commemorated:
Charlton Athletic Football Club

This section lists the memorials created by the subject on this page:
Charlton Athletic Football Club

Formed at the Half Moon Hotel in Putney. In 1929 it moved to the small boatho...

Footballer. Born at Les Ulis, Essonne, France. He played for several teams an...

A race on the River Thames, now run annually between Oxford and Cambridge uni...