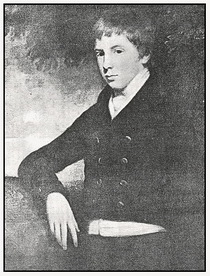 His father had inherited great wealth from his uncle, Charles The Marquess of Rockingham, and Charles was an only child so we have to assume he also was very rich, and we can guess who he was named for.

This section lists the memorials created by the subject on this page:
Charles William Fitzwilliam, 5th Earl Fitzwilliam

Born of British stock in America as William Lehman Ashmead-Bartlett. On his f...

Alderman in St Marylebone.  Ran a business as estate agent and surveyor in St...