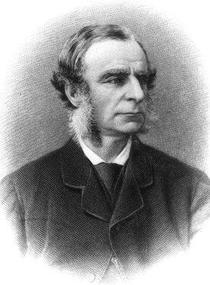 Born Devon. Christian Socialist and amateur naturalist. Supported his friend, Charles Darwin, when the Origin of Species was published. Wrote 'The Water-Babies', 1863, initially for his 4-year old son. This described the miserable life of a child chimney-sweep and its publication contributed to the debate which led to the outlawing of this employment. Died Eversley, Hampshire, where he had been rector.

This section lists the memorials where the subject on this page is commemorated:
Charles Kingsley

{On the east end:} In memoriam Charles Kingsley {Above this there seems to ...

{On the southern end:}  In memory of Charles Kingsley {On the side:}  Metrop...

The Wind in the Willows

Written by Kenneth Grahame, much of it based on a series of letters to he wro...

Essayist. Initially wanted to be a philosopher, then tried painting and then...