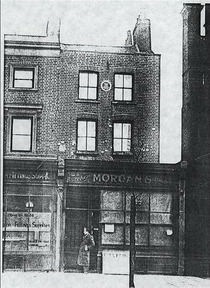 Surveyor of the Stratford Co-operative and Industrial Society in 1919, he may...

Country house built by Benjamin Bond, when Clapham was fashionable for out-of...