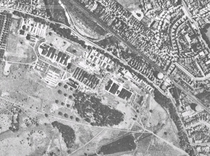 A member of the Executive Committee for the Great Exhibition 1851.Born Kingla...