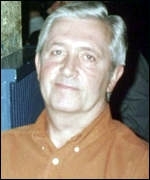 Andrew Behan has kindly carried out further research: Brian Cooper was born on 15 July 1947 in Willesden. He married Carole Cawley in 1972 in Brent and they had three children, Tracey Cooper, born 1976; Lisa Cooper, born 1979 and Jason Brian Cooper, born 1984 and they lived in Moray Avenue, Hayes, West London. As a railwayman with 37 years experience he died, aged 52 years, on 5 October 1999 when driving the 6.03am First Great Western Railway High Speed Train from Cheltenham Spa, Gloucesterhire, to Paddington it collided with the 8.06am Thames Trains Turbo train from Paddington to Bedwyn, Wiltshire, at Ladbroke Grove. The subsequent inquest was told that he was identified by his clothing and documentation.

This section lists the memorials where the subject on this page is commemorated:
Brian Cooper