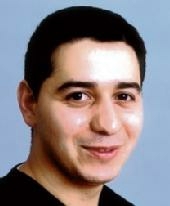 Andrew Behan has kindly carried out further research: Antonio Lacovara was born on 28 May 1975 in Nottingham. He was the son of Matteo Lacovara and Rosa Lacovara née Loscalzo. In August 1999 he married Jane H. Mallott in Nottingham and they lived at 296 Leahurst Road, Hither Green, Lewisham. He was a graphic designer who died, aged 24 years, on 5 October 1999 in the Ladbroke Grove rail disaster, his body being recovered from between two coaches of the 6.03am First Great Western High Speed train from Cheltenham Spa, Gloucestershire, to Paddington.

This section lists the memorials where the subject on this page is commemorated:
Antonio Lacovara

Victims of sexual violence and their children

Victims of sexual violence and their children in conflict around the world an...