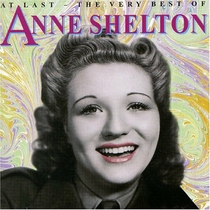 Singer. Born Patricia Jacqueline Sibley at 39 Coleman Road, Camberwell. She was singing on the radio at the age of twelve and had a recording contract when she was fifteen. Achieved huge fame in World War II, becoming known as the 'Forces Favourite' (second in rank to Vera Lynn who was the 'Forces Sweetheart'!), and was the original singer of 'Lili Marlene' in Britain. Her popularity endured into the 1960s, when she had several top ten hits. Died at Herstmonceux, Sussex.

This section lists the memorials where the subject on this page is commemorated:
Anne Shelton