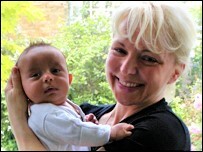 She moved to London in 2002, whilst her husband remained in Poland to look after their two children. She and her husband separated in 2004. She lived in London with brother and he found her employment as a chef at a bar in Ludgate Hill. After a few months, she began a new job as a self-employed cleaner and worked for about six people for whom she would clean twice a week. Her obituary can be found on the BBC News website.

She died, aged 41 years, on 7 July 2005 when travelling in the underground tunnel of the Piccadilly Line on the London Underground Railway between King's Cross and Russell Square underground stations that was targeted by a suicide bomber. The narrative verdict of her death can be found on the Coroner's Inquest Report.

This section lists the memorials where the subject on this page is commemorated:
Anna Brandt